I love Tacos. Tacos are amazing. I have had some incredible Taco experiences here in Mexico, so much so that I felt it would be fitting to commemorate the gloriousness of TACOS with a special post.

Okay there are also gonna be pictures of (some) other incredible Mexican dishes I’ve had and loved. 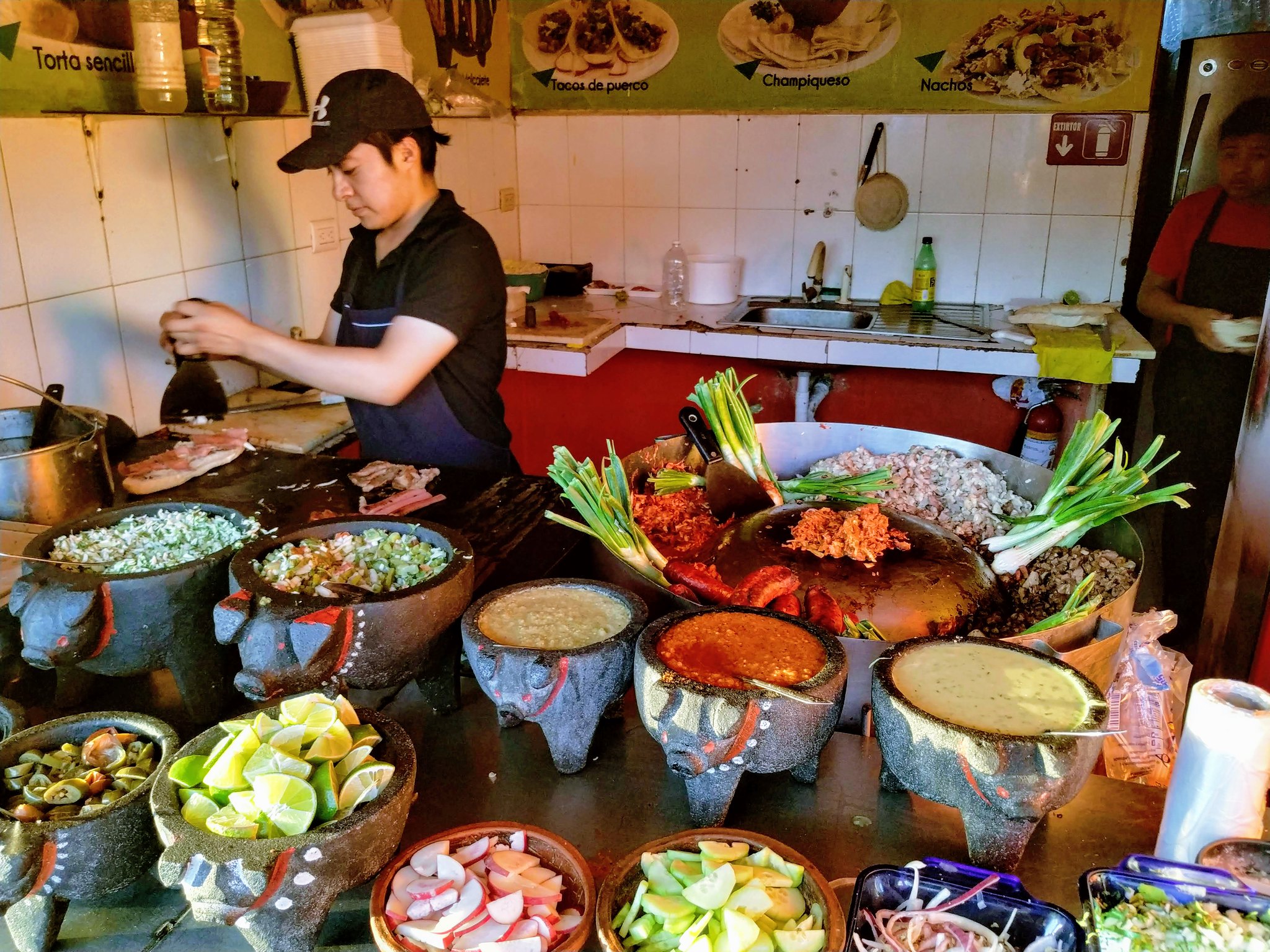 Taco man with his wide array of toppings to add to your tacos – by far the most extensive display of toppings I’ve seen yet. @Las Palapitas

We spent exactly one day in Campeche, just to break up the journey from Merida to Palenque.

Palenque was next – the commonly preferred meat for tacos was cow-based, rather than pig-based.

So, San Cristobal de Las Casas is, to me, the hands-down winner in terms of food. Every day was another food adventure and I thoroughly enjoyed my stay there even though it was bloody cold (by my standards).

We’re almost all caught up – final destination on this taco tour (for now): Puerto Escondido!

Basically, in the slightly more than a month that we’ve been here, we’ve had pretty amazing food almost every single day. Even the 3 peso tacos (0.15 USD) we had one afternoon were super tasty, and some of the best food we’ve had so far has been from street vendors.

For anyone who is in Mexico, planning to visit Mexico, anything Mexico – you gotta eat street tacos man. They’re the best. Just choose your taco cart wisely – as long as there are a bunch of people there, you should be fine. So go forth and EAT STREET TACOS!

And that brings us to the end of the tacos (and other deliciousness) tour of Mexico so far! I hope this post has inspired you to go out and get some sub-par tacos from Taco Bell or something.

Note: Unless otherwise stated, all the food featured has been purchased at street vendors or other little hole-in-the-wall type establishments that do not exist on Google Maps.

2 thoughts on “A Tribute to Tacos (and then some)”